Weezy and I had an evening to kill.  So, we set out in the smurf to adventure around P.G. county.  Every time we drive by one I always say "I used to love that place!"  and Weezy always shoots it down.  What is "that" place?  Well, it's Bob Evans of course.

Not this time.  This time she gives a sigh and a "finnnnnne!".  We stroll into the Bob Evans and it's a little diner type place.  A hybrid of PoFolks and IHOP.  So, one of us is smiling while one is not enthused.  Poor lil Weezers. 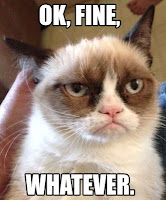 The service was fantastic and the food was sort of edible.  I didn't buy a Bob Evans hat but I'll live around that.  The fact is it was nice of the wife to compromise and try something she knew was going to be bad.  We didn't get food poisoning and for that I'm grateful.  Matter of fact Weezy didn't even eat an entree.  She ate 3 sides.  Ja ja ja.  I did have the pot roast sandwich (hold the bread).  So good.  The best pot roast sandwich I have ever eaten.

Onward to the Bowie Baysox.  They are located right across the street from the Bob Evans by Golly!  Time to go watch the baby O's play the baby Pirates.  The dreaded Altoona Curve are the double A affiliate of the Pittsburgh Pirates.

The big time baby O that we got to see was Tennessee fire baller David Hess.  This kid comes out throwing a hefty 95.  He hits corners and gets batters to chase out of the zone.  The best part is when he throws his change up.  I swear to you the ball starts off 100 miles per hour.  The ball then literally splits in half and freaking disintegrates at the batters ankles while he is flipping over to try to swat at it.   Radar gun read out "71".  He is going to cause a back injury!  You could hear the Curve players groan trying to stop their swing.  Splits in half and disintegrates.

Bob Evans started kicking in and Mr. Hess has not given up any runs but Bob Evans is about to.  So, we do the right thing and go home.  In doing so we lived through the Bob Evans dinner but missed out on big time saves Oriole.  Zac Britton just happened to come into pitch right after we left.  He is doing a rehab stint on his way back to the "all grown up O's".

As for the first time ever trying a pot roast sandwich...Thanks Bob Evans. Thanks. 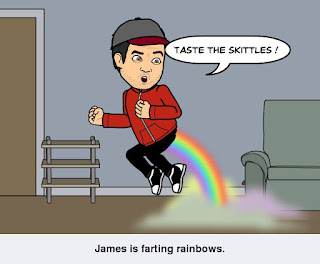 Posted by Kasandweezy at 7:53 AM 2 comments:

15 months and we dumped her.  Just like that.  15 damn months.  That's it.  We are gone!  Kas and Weezy have left the charmed city for quieter times in a south western suburb.  I remember arriving for the huge avalanche that would fall from the heavens.  Weezy and I got caught with our furniture in tow and our car buried in a record setting snow. 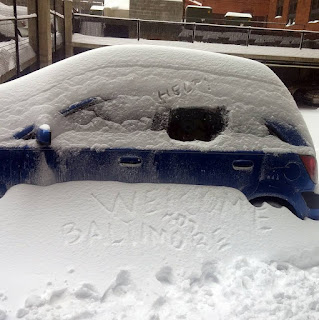 It was just God and Men.  A Kas and a Weezy.  When the thaw happened we welcomed curiosity and adventures to ensue.  We literally walked the city from Fells to Fed and all the way to Mt. Verno!
I got to commute to Bowie and Janet hoofed it up and down from OPACY to Bmore and Paca.  She slung sandwiches and hung out with Orioles while I hustle bologna and Havarti down in P.G. county.  All was apparently on a downward spiral surrounding us.
Hundreds of shootings within a mile or two.  Literally...hundreds...of...shootings.  318 actual homicides!!  That is only because the shooters are not even accurate.  There were nearly twice as many people shot.  Only half died.  93 percent were black on black!  It get's to a point when you are living in a sick meme.
I wanted to live in the city I've romanticized over the last couple of decades.  I talked Weezy into driving from the Gulf of Mexico to adventure Baltimore living.  She like 480,000 others were not impressed.  The population is down to 600,000 since I left in 1990!
Even with all the great photography she started with, the luster started leaving like residents have over the last 10 years.  I don't know what is scarier?  Losing 6,000 a year to relocation or losing 300 and change to an illegal gun shot in an insane gang related matter?  What?  Someone didn't ponie up enough coin to buy the weak ass heroin?  Turf war over who can achieve the most leaner population?  These young men and women are exterminating each other and Mayor Puke solves the issue by cutting police funds and jamming the pennies into bureaucrat pockets and un populated schools.  Baltimore is a train wreck.
If you live in Baltimore...Go that way...really fast...If something gets in your way...TURN.  Give the one finger salute on your way out of any exit to the men and women toting their card board signs.  Flip them all off.  They have
more money than you anyway.  Russell Street, Keith Ave, Saratoga, President, Green, Pratt, Howard, Camden, Freaking any way in or out the pan handlers are out there.  They are ready to eat your face and drag you to a near by underpass to feed their scary ass hobo families.  Run people!!!! Run!!!  Don't stop until you are in Howard or Anne Arundel county!  That is all.